What's the Meaning of S Signature?

With shift in workflow processes from physical documents to softcopies, S-signatures are replacing physical signatures in handwriting. CocoSign provides invaluable information on S-signatures, as well as an easy way to use S Signature to verify a document online.

Interact with the team in real time and collect signatures directly through email address or messenger. Simply mail the document link and CocoSign will collect every S-signature for you.

Store every signed document online on CocoSign’s servers. Get the entire history of users who have signed your documents, along with the timestamps. Download any signed document copy, no matter how old.

CocoSign supports PDF, Doc, Xls, Word, and JPEG formats for collecting signatures. Therefore, regardless of the file system that is employed, CocoSign can collect and create S-signatures without file format conversions.

CocoSign is a cross-platform application that works well from desktop, laptop, mobile, tablet, and any other platform that has a web browser. All its online services can be used from smartphone or computer alike.

The ease of use while collecting and creating S-signatures with CocoSign is second to none. Drag and drop file boxes, detailed guidelines, and simple streamlined processes eliminate the chances of any confusion or mistakes.

CocoSign is green certified because of the amount of paper it saves. Using CocoSign to collect S-signatures eliminates the need to print documents, photocopy it, forward physical copies in mail, etc. Everything can be done online with a click of the button.

S Signature, also stylized as /s/ signature, is a generic term for any signatures that are created through means other than handwriting in pen and ink like wet signature.

These signatures mainly comprise electronic signatures which are used to sign soft copies of the documents online. These signatures gained popularity as business processes shifted more and more towards the internet and softcopies became more popular than hard copies.

The United States Patent and Trademark Office (USPTO) has set clear rules for creating S-signatures by certain people such as inventors, affiants, assignees, and practitioners signing as inventors:

According to USPTO, the proper S-signature guidelines for these aforementioned people are as follows: 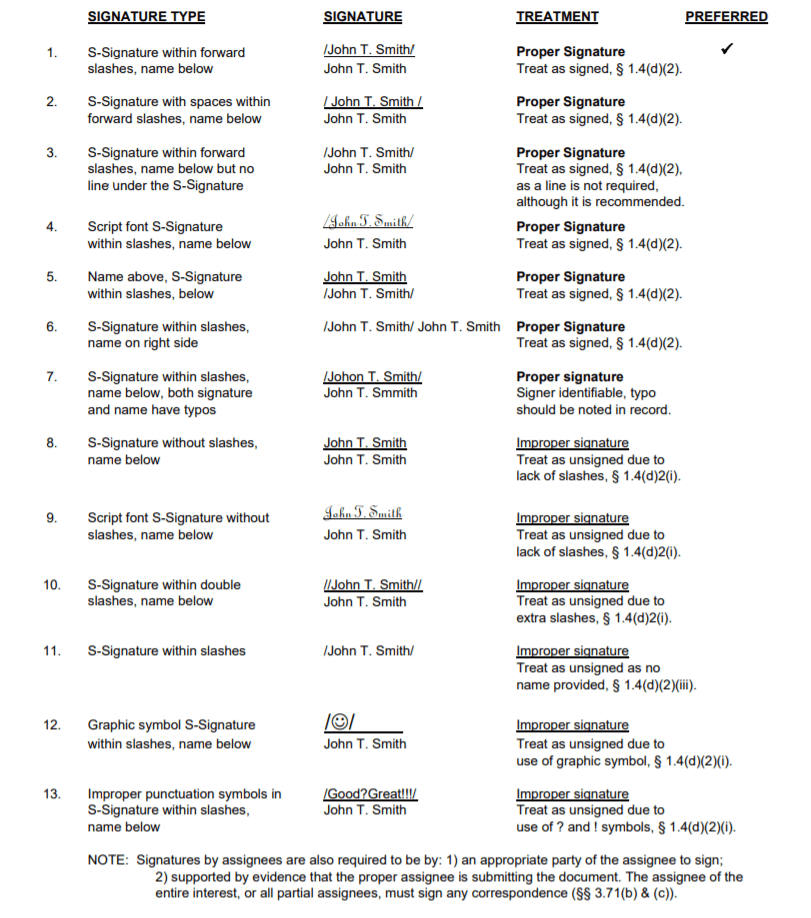 For Practitioners of Record or Those Acting as Representatives, the USPTO recommended the following S-signature guidelines: 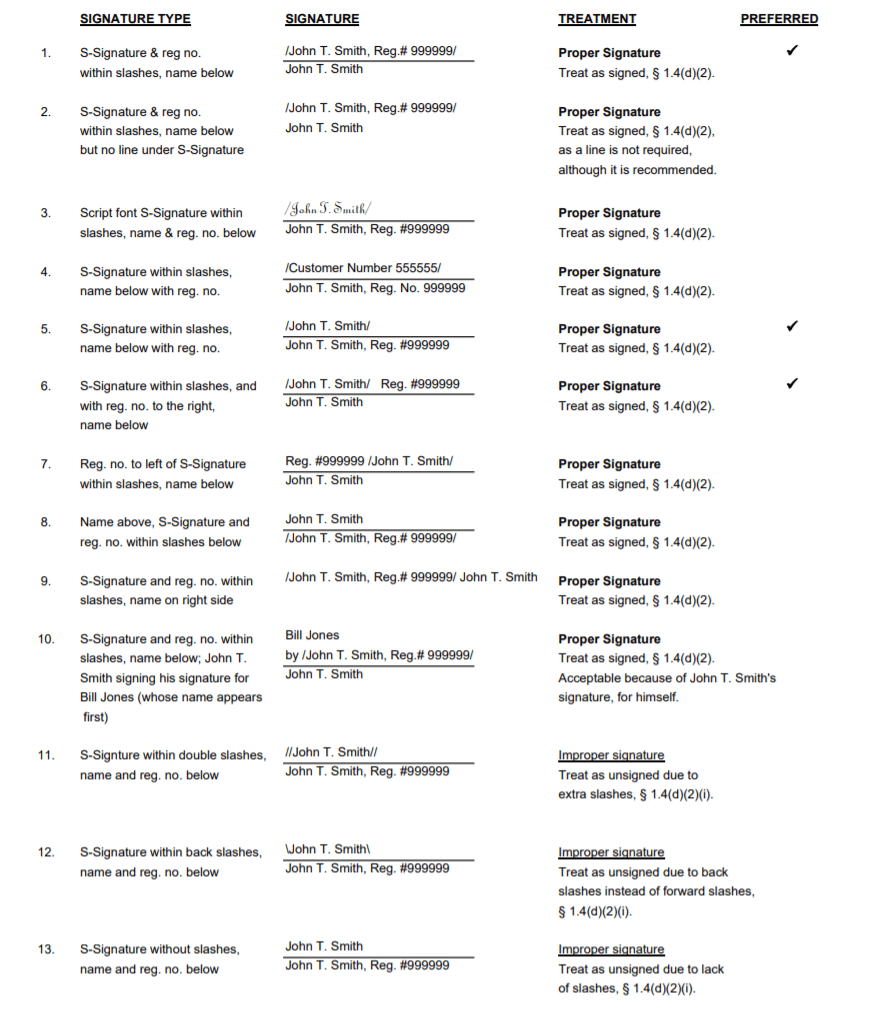