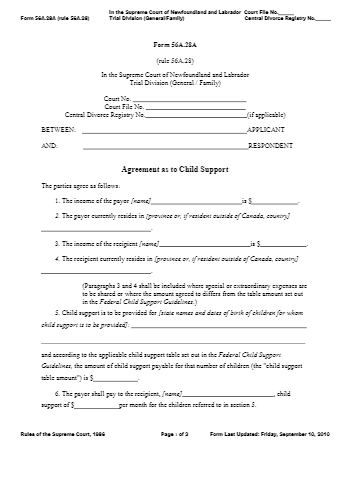 Here's What You'll Find in the Child Support Demand Letter:
Use template

What Is a Child Support Demand Letter?

The child support demand letter is not a legal obligation unless it is mentioned as such in an agreement you’ve made with your partner. However, it’s still a good idea to write one. It functions as proof that you sent them a reminder. It may also prove advantageous during litigation if it comes to that.

When Do You Need a Child Support Demand Letter?

In the majority of cases, child support demand letters are sent when the parent fails to pay dues. Sometimes, though, the parent may pay less or make an improper payment of some kind. A child support letter may be sent in such cases too.

Child support is usually in the form of a cash payment. It is granted to you by the local court and is based on the income of the parent. Sometimes, the child support is in other forms, such as sponsoring the child’s tuition, purchasing their insurance, or other such obligation.

If the payment defaults on their obligation, you note the default and ask them to rectify the situation via a demand letter.

Why Do You Need a Child Support Demand Letter?

A child support demand letter can be very useful:

What Information Is Included in a Child Support Demand Letter?

Here’s what you should include in a child support demand letter:

You may also include other details in the letter if you think it would help – like the fact that not paying for over a year is considered a misdemeanor and carries a jail sentence.

Here are some suggestions on how to write an effective child support demand letter and other general advice:

Usually, a well-written child support demand letter puts pressure on the at-fault parent. In many cases, they give in to the demand quickly. It can save you a lot of time and money in the long run. You can use our free template below to write an effective letter.

CocoSign offers free letters, other formal document templates, and other helpful resources on the official website.